We are constantly bombarded with nutrition messages–on television, while we scroll through our social media feed, at our workplace, at holiday dinners with friends and family. But, who do we believe? What is the “right” information to follow? As a registered dietitian, my job is to distill the myths from the facts, and help consumers understand the science. The RD community has been buzzing recently, after Netflix released the movie, The Game Changers. This thought-provoking documentary explores the plant-based, vegan diet and the effect that it has had on some of the world’s strongest athletes. After viewing, many have considered completely giving up animal proteins, and others are skeptical about the drastic message presented in the film. Read on to learn some of my takeaways about this controversial movement. 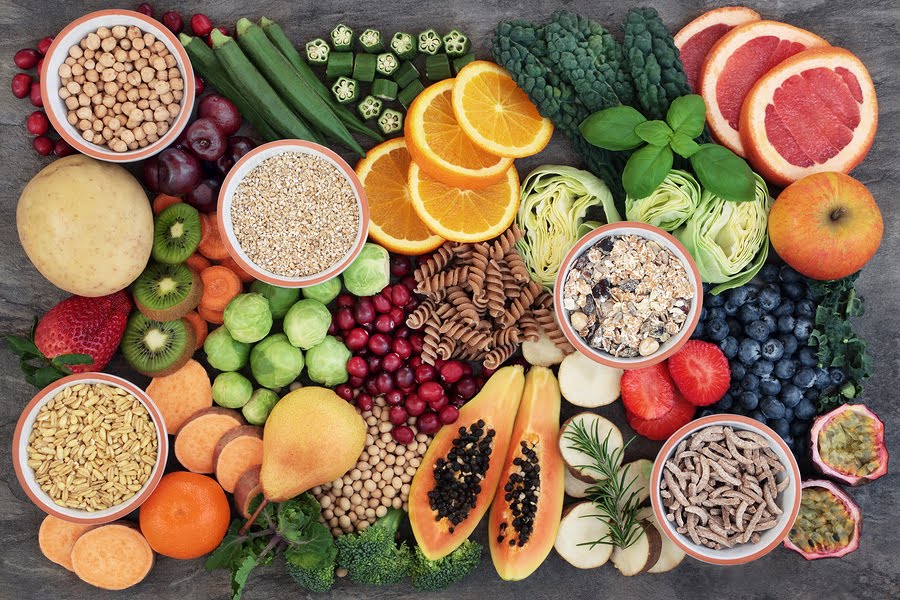 By definition, a vegan diet excludes all animal proteins (red meat, poultry, pork, fish, shellfish) and also avoids foods produced by animals (eggs, cheese, milk, yogurt, butter). The term “plant-based” diet has emerged recently, and may be a source of confusion for some. Plant-based diets contain a generous amount of plant foods, and little or no animal products.

Meat has been touted for its exceptional protein, and micronutrient content, including iron, zinc, and Vitamin B12, for decades. Frequently thought of as the top choice of absorbable iron (heme iron), red meat is an important option for those with iron deficiency anemia, during pregnancy, and in periods of rapid growth in infancy. However, meat has also been under a variety of scrutiny. From causing certain types of cancer to type 2 diabetes and cardiovascular disease, new “guidelines” are suggesting meat consumption is to blame.  Additionally, many are concerned about the environmental impact of production, processing, and distribution of meat products. The sustainable choice would seem to be to avoid the middleman (or animal in this case).

“If all the grain currently fed to livestock in the U.S. were consumed directly by people, the number of people who could be fed would be nearly 800 million,” reports ecologist David Pimentel of Cornell University’s College of Agriculture and Life Sciences. He adds that the seven billion livestock in the U.S. consume five times as much grain as is consumed directly by the entire U.S. population.”

One of the first questions many ask is, how do I get enough protein if I don’t eat animal products? The truth is, we typically consume more protein than is required per day. A good rule of thumb for protein – divide your weight (in lbs) in half, and this is an estimate for how many grams of protein required per day. Protein is an important part of our diet, because it helps us maintain fullness, in addition to providing building blocks for our muscle, bone, skin, and hair. Plants and whole grains can be excellent protein sources as well.  See some of these protein-packed examples:

Elimination is NOT the answer

Embarking on a new diet change can be a daunting task. Many can withstand change for a short time, however as time goes on, radical changes are simply not sustainable. Saying “NO” to too many foods may lead to resentment and poor diet choices. If you say NO to these foods, you may say YES to nutritionally inferior alternatives. That is NOT the way to lead a nutritionally dense diet, nor is it an emotionally healthy practice. Instead of eliminating, try reducing animal proteins instead. Start with a goal for meatless Mondays, and then, consider meat only on Mondays.

Try some of these plant-based recipe ideas

Violife Just Like Mozzarella Shreds – Cheese-lovers get ready, this shredded cheese is literally the best we have found. Melts just like cheese, tastes just like cheese, simply a fabulous cheese substitution made from coconut oil.

Kite Hill Jalepeño Cream Cheese Spread – Many plant-based dieters, and milk-allergic folks miss the creamy spread on top of their bagel or cracker, however this almond-based option is a great alternative, kicked up a notch!

Oatly Full-Fat Oat Milk – Rich and creamy, similar to whole milk, this oat-based beverage is a delicious milk alternative. This oat milk contains similar nutrition that you would receive in whole milk including Calcium, vitamins A and D, riboflavin, and protein, but without the saturated fat.

Field Roast Grain Meat Sausage – Rather than other meat-alternatives, this sausage variety is made from hearty ingredients including grains, vegetables, legumes, and spices.

As a moderation-minded registered dietitian, it is important to take a step back and look at this from a global view. Considering there is question about the overconsumption of animal proteins and the environmental impact of meat, and we know the vitamin and mineral power contained in plants, we will all benefit by adding more nutrient-rich, plant-based meals to our diets.

There is not enough established data that confirms that completely excluding meat and other animal proteins completely is the best way to lead a healthful diet for everyone. Keep in mind, there are many meat alternatives that are highly processed and contain additional sodium and fat, making them nutritionally inferior than their animal counterparts. Recent research suggests ultra-processed foods may be linked to obesity, thus choosing more, less processed plant-based foods, is crucial.

Thus, introducing the concept of a “part-time plant-based” diet. Rather than having an all-or-nothing approach, consider paring down your portions of animal protein, and replace them with some plant-powered alternatives.

Want some additional help learning how to incorporate a plant-based lifestyle? Contact FEED dietitians to individualize a diet plan that works for you!