Milk choice is one of the most frequently discussed topics in nutrition. Should I transition my baby to whole milk at 1 year of age? Should I choose organic? Is plant-based milk a better choice than cow’s milk? The list goes on! On the heels of the un-processed food movement, many consumers are looking towards minimally processed or “clean” ingredient lists when making food choices at home. So, what about milk? 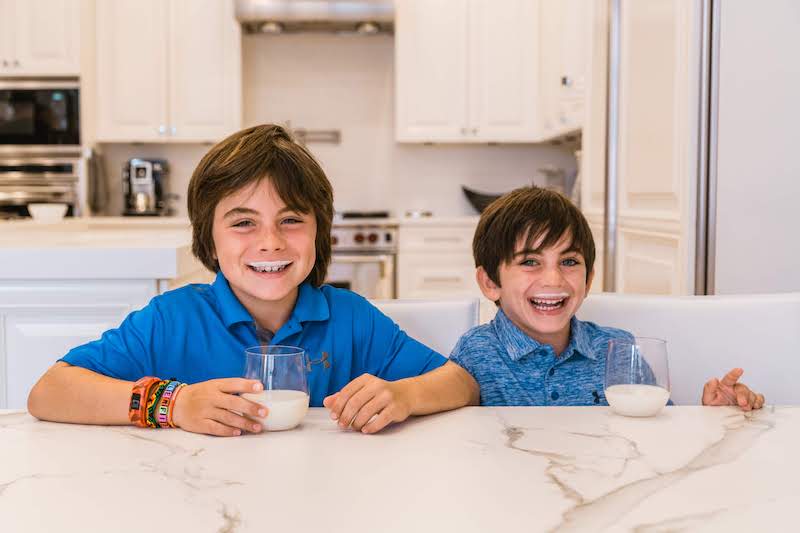 When we compare the ingredient labels, we typically suggest less is more. Fewer ingredients = less processing; less potential chance that other not-so-good-for-you ingredients will be included. Why do we not use that guideline when it comes to milk and dairy products? Whole milk typically contains one ingredient – whole milk, and in many cases, it is fortified with Vitamin D. Skim milk, on the other hand, is typically fortified with not only Vitamin D, but it is also enriched with Vitamin A Palmitate, to replace the vitamins that were lost when the fat was removed. Thus, rather than choosing something that is minimally processed, we are choosing something that has been stripped of nutrition, and enriched with the same vitamins.

Skim milk has been recommended for decades. Along with the other fat-free innovations in the 1980s, skim milk had become a common purchase at American grocery stores. However, it wasn’t until 1988 that lower-fat milk sales exceeded whole milk sales for the first time in history. 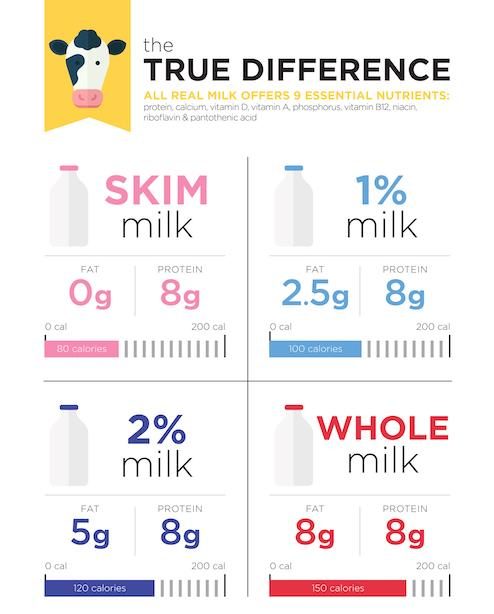 When we compare the numbers, skim milk looks ideal for a weight management solution. Lower in calories, lower in fat, but with the same quantity of muscle-building protein. What it lacks, however, is belly-filling fat.

The low-fat era combined with the rise in childhood obesity has had a great impact on nutrition recommendations for children. In 2008, the American Academy of Pediatrics (AAP) revised dietary guidelines to suggest that infants, at 1 year of age who are at risk for overweight/obesity, transition directly to low-fat or fat-free milk from formula or breastmilk. Despite the fact that fat is essential for brain development, and whole milk provides an excellent source of fat. The risk of consuming excess fat was suggested as problematic to children with a family history of obesity, heart disease, or high cholesterol, or for those who were currently at or above the 95 percentile for body mass index (BMI).

Recent research suggests that lower-fat does not lead to lower body weight. In fact, findings indicated the complete opposite. In the review, researchers evaluated the relationship between the consumption of cow’s milk and body weight of nearly 21,000 children, adolescents, and teens. They found that children who switched to reduced-fat milk at 2 years of age were not leaner than those consuming whole milk. More importantly, NONE of the studies found that kids who drank reduced-fat milk had a lower risk of being overweight or obese but rather the MAJORITY of the studies (18 out of 28) suggested children who drank whole milk were LESS likely to be overweight or obese.

BOTTOM LINE – The satiating power of fat is likely the reason why kids who drink full-fat milk are not gaining more weight. Fat is an important fullness factor in our daily diet, and something that parents need not fear. By including whole milk dairy products with a variety of vitamin-packed fresh fruits and vegetables, fiber-filled whole grains, and lean proteins, you and your family can strike a balance of healthy fats to keep you feeling full and satisfied.

Curious if whole milk is right for your family? Book a consultation with FEED dietitians today!